The Race Issue in the So-Called Bible 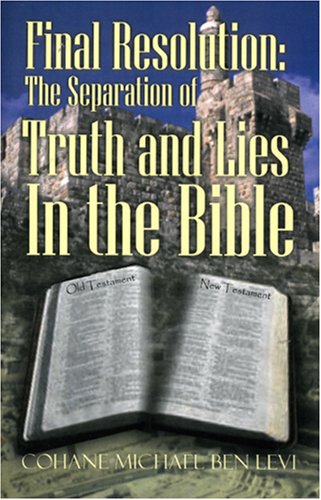 “Anyone who wants to understand the Scriptures must realize the fact that the Bible contains the history of a particular people with a definite nationality, the Nation of Israel or “Yisrael.”  This statement was made by the late leader of the Worldwide Church of God, Herbert W. Armstrong.

Mr. Armstrong a devout Christian, went on to say “it is undeniable! It’s history, from Genesis to Revelation is primarily the history of one nation of people – the Israelites. Other nations are mentioned only in so far as they came into contact with Israel. All its prophecies also pertain primarily to this people, Israel. The Old Testament tells of these Israelites and their God.” The God of Abraham, Isaac and Jacob, is seen exclusively in the inspired writings of the Israelites.

Mr. Armstrong taught that the British and Americans are the descendants of Israelites and indicates this in his book, “The United States and Britain in Prophecy.” Mr. Armstrong’s twist on this matter is consistent with other Christian distortions concerning the Holy Scriptures. As a result, there is wide spread confusion and misunderstanding. Inadvertently, Christians have missed the facts and believe the New Testament was written by Israelites. This deception is a major reason for strong, but wrong beliefs. Statements recorded in the New Testament play a major role in the deception and confusion held by many Christians. Many sincere Christians believe that the entire so-called Bible is truth. They believe the Bible is one consistent word of God. One could not be further  from the Truth.

The first New Testament was written hundreds of years after the tribes of Israel were taken into captivity among the nations. All prophecy and Divine contact with their God had ceased. Someone other than Israelites wrote the New Testament writings.

To suggest that the Hebrew Israelites who were promised an enslavement marked by a physical, mental and spiritual confusion compounded with worldwide dispersion and Divine abandonment was modified by God in the New Testament is ridiculous. To think that the God of Israel had reversed His decree against them spoken emphatically by the Prophets is a gross distortion of the Truth. The chronology of the captivity and punishment runs simultaneously with the New Testament period and beyond. Christians believe that the Israelites ceased to prophesize in their own Hebrew language and began to do so in the Greek language. However, most of the New Testament writers and characters are thought to be fictitious by many scholars. There are just too many unknown characters or indecisive individuals with first names only. These alleged people exist without any actual record or proof of even a surname. A great deal is assumed about Christian doctrines, very little is known about the facts.

Among many Christians, genealogy and nationality no longer have any bearing. Yet not all branches of Christianity agree on their significance. Quite often when Black Christians hear other Blacks declare that they are descendants of Ancient Israel, a spirit of disgust arises. Why put racism in religion? More often than not, Black Christians believe it is racist to view the characters or people of the Bible by any color other than White – a testimony to the almost complete brainwashing done to them by Christian theology. To go against this accepted norm is racist and wrong, regardless that it has been done consistently over the centuries by White Christians.

On the other hand, Black and White Christians alike find virtually nothing wrong with Europeans’ portrayal or claims to Israelite connections in the Bible, regardless of how spurious, illogical or absurd. It seems as though, ideas which meet that status quo, are readily accepted as true. It’s important to remember the old adage, “What is popular is not always true and what is true is not always popular.”

European Jews have claimed to be the people of the Bible for a longtime. But, mounting evidence to the contrary has cast doubt on many minds as to the validity of their claim. Thousands of black Israelites across the globe are increasing their awareness of their bonafide ancestral connection to the Biblical Patriarchs, Abraham, Isaac and Jacob.

“For the purpose of clarification, it must he stated here, that although some writers

and scholars attempt to use the names of Israel and Jew, interchangeably, the name

Israel, itself is the appropriate identification of the ancient nation or people.

Israelites and Jews -The Significant Difference

Herbert W. Armstrong and other European teachers taught their Christian followers that Britains and Americans were the seed of Israel. As Armstrong writes and others concur “the so-called Bible is an Israelite book, pre-eminently of and for the Israelite nationality, inspired by God through their Prophets. Is it not indeed strange that we English speaking peoples are today the greatest believers in and exponents of this book of the Hebrew people; that of all nations, we are the chief worshippers of Israel’s God and Israel’s Messiah-in name and in form, if not in Truth and deed.”

Isn’t that interesting? If not in truth and deed, then how? The statement that Europeans are chief worshippers of Israel’s God is not accurate because Jesus is neither the God of Israel nor their Messiah. The word Messiah pertains specifically to an anointed king or high priest of Israel. The irony is that English speaking peoples are today’s greatest proponents of what was essentially an historic document that spoke almost exclusively of the Hebrew people, their doctrine and culture, yet their own practice of it, reflects neither the correct history, culture or even the correct ethnicity of the people themselves. Some Europeans have even suggested that portions of Israel are “lost”, while others have even gone as far as to say that Israel has been eradicated completely. Either position seems designed to allow them to pose as Israel “in-absentia.”

Think. Let us be intelligent and acknowledge that the people of Israel have to be somewhere on the planet earth today. Israel is an ethnic group, a nation, not a religion. Israelites have nothing to do with religion or religious teachings. The Bible history occurs in the geographical region which encompasses the Eastern hemisphere, inclusive of Africa and Asia. The central territory is called the Fertile Crescent which is far from Europe. Biblical characters were people of Shemitic and Hamitic language groups. There is absolutely no such thing as “spiritual Israel” – another group of people who somehow inherited Israel’s legacy and promises from the Creator, (in many instances Europeans) according to some Christian teachings. Israel is Israel – past, present and future.

If we were to use today’s definitions of ethnicity, we would say that they are what is now known as Black Africans, or people of African descent. There are a number of excellent books that delve into this subject much more deeply, including: Hebrewisms of West Africa by Joseph J. Williams; God the Black Man and Truth by Ben Ammi; and my own earlier work, Israelites and Jews – the Significant Difference.

The Eastern world is a place made up of people of color past and present. The occidental presence in the Old Testament is very limited. The use of the word color in this text will not trivialize the issue with a Black or White rhetorical comparison. The reference to race is to point out the facts which show a deliberate manipulation of the physical characteristics by Europeans who changed physical features, and portraits of the people from Black to White.

Race has been made a closed issue, but the controversy of race is an  open issue in the Bible. The race issue has been a major battle waged by religious forces. Yet, the ever emerging Truth is rising. The message in this book cannot be the words of a hate-filled individual whose anger has blinded him to the point where he has become a racist. It is built on scholarship rather than rhetoric.

Sometimes, the very thing which we thought was the farthest thing from the Truth, is the Truth. At times, the idea ruled out without question or without investigation is the very place where the truth exists.

Millions of people read the Bible daily and they form interpretations to suit their religious doctrine. The fact remains that the people Divinely planted by the Creator through the lineage of Abraham, Isaac, and Jacob are still dispersed among the nations of the earth.

Christianity says that the ancient Israelites no longer exist and the Laws given to them by the Creator have been done away with and no longer apply. They have placed their own spin on the prophecies in the Old Testament. It is impossible to undermine the Almighty. No matter how many deceptions have been created or how many veils have been placed over the truth, ultimately the truth will be unveiled.

The false recognition of true Israel is a single miscalculation. This perhaps is the most important factor behind their failure to understand the Holy Scriptures. They have not been taught that the Blacks are the true Israelites. By not realizing that the seed of Israel is still alive in the earth in great numbers living under the affliction and oppression through captive enslavement, Christians fail to realize many other essential facts recorded in the Old Testament. Even worse, is the fact that they are rejecting and challenging the Almighty. There is only one expectation to the issue of Israel according to prophesy, Israel will be regathered and restored as the Kingdom of Yah and its Laws will become the teaching and light for the nations of the earth.

Therefore, behold, the days come, saith the Lord, that it shall no more be said, The Lord liveth, that brought up the children of Israel out of the land of Egypt;

But, The Lord liveth, that brought up the children of Israel from the land of the north, and from all the lands whither he had driven them: and I will bring them again into their land that I gave unto their fathers. Behold, I will send for many fishers, saith the Lord, and they shall fish them; and after will I send for many hunters, and they shall hunt them from every mountain, and from every hill, and out of the holes of the rocks.

Consequently all nations will know God, understand and therefore, acknowledge, serve and obey the One Creator, the only true power.

This is an excerpt from the book Final Resolution: The Separation of Truth and Lies in the Bible by Cohane Michael Ben Levi

No, Hebrew Israelites are not a threat