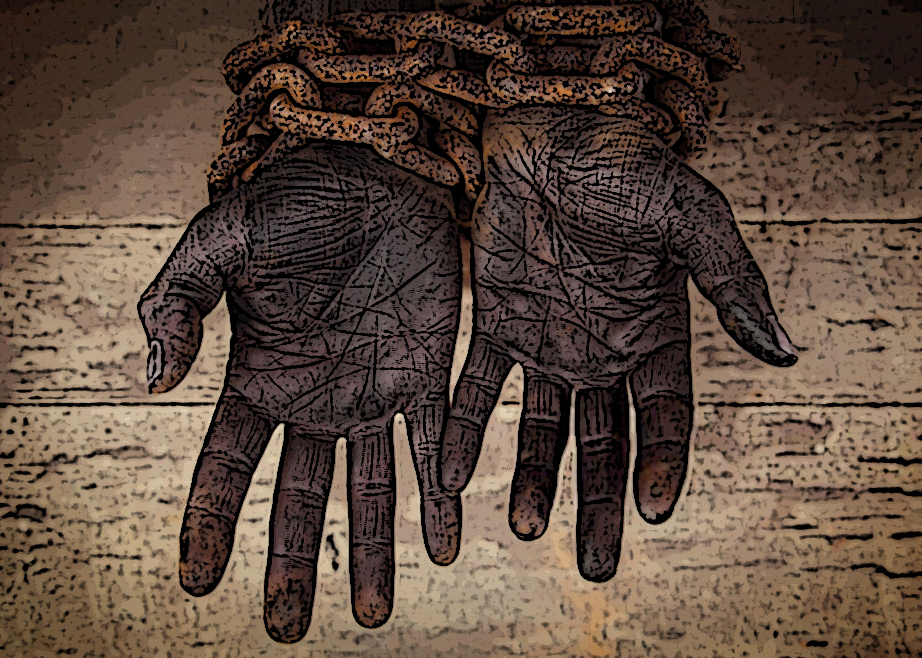 How long are we, the so called Black folk, going to pass over our own cultural celebrations for the European Holidays?

Don’t we realize by now that we are viewed as a mentally blind and a spiritually stupid people?

How long will it take for descendants of slaves in the Americas and the wider diaspora to awaken to their common roots, heritage and identity?

The people transported from the shores of West Africa had an identity known by the indigenous Africans and European slave traders.

The myth, or to be more accurate, the long sustained lie that Negro slaves were mixed up so many times and over such a long period that nobody knows their true identity.

The scholars and experts say, the knowledge of who the so called Blacks in America are is lost and unknown. This is an outright lie!

The identity of the former slaves is absolutely known by the American forefathers and leaders today.

The first president of the United States of America, George Washington, a slave owner knew. Thomas Jefferson as well as both John and John Quincy Adams knew the exact identity of the slaves and where they originally came from.

The original language, culture and history of the African slaves is known today. The original land in the continent of Africa from which their slaves came from is also known.

The destructive and oppressive methods the slave owners adopted such as the Willie Lynch strategy was designed to divide and deny their slaves access to knowledge of self. Their identity and culture was displaced and replaced with a European culture and identity. Thus, we call ourselves Afro Americans, West Indians or simply, an African, etc. None of these terms are representative of a true nationality or identity.

Right now, here as you read these words, all across America and throughout the world other races, nations and people know who we are.  In spite of the fact that most of the so called Black people have no clue the other nations have not forgotten.  They know and if you know, they will confess and ask “How many more in your family know?”

How long will it take for us as a people to make the proper connection with the awareness and consciousness to reconstruct the puzzle to know our true identity and our way of life?

Bob Marley’s reggae music was more than beautiful rhythms.  Many people of African descent and Europeans alike were attracted to his lyrics. His conscientiousness links so called Blacks to Zion which is Jerusalem the capital of Israel established by King David. A powerful revelation.

Bob’s Lyrics in his songs “Zion Train”, “Buffalo Soldier”, and “War” touched on his and our connection to the land of Israel and the injustices to his brothers in America as well as the struggle of the oppressed among humanity.

While in earlier generations we have witnessed many great messengers and teachers, descendants of former slaves still remain a people destroyed for the lack of knowledge, in particular their true nationality.

With nationality comes knowledge of language, culture and history. Marcus Garvey, Elijah Muhammad, Malcolm X, Martin Luther King Jr., and countless others have greatly contributed towards our struggle. However, none have satisfied the questions and provided answers to our true identity.

Identity is imperative for any person or people. It is the source of ones ancestors, history, language and culture. It is who you are.

Nationality is precisely what so called Blacks have been deliberately deprived of and have never been given an opportunity in their miseducation as slaves to learn or study about themselves.

So called Black folks have been duped. Somehow, the so called Negroes have been taught to believe that being a Christian or Muslim or just simply having a religion is more important than nationality.

By Christianizing African slaves brought to the Western Hemisphere, Europeans undermined their African Slaves replacing their ethnicity with a religion.

In addition, through repeated brain washing slaves were coerced in several ways, into observing European holidays and celebrations.

New Year’s Day, Halloween, Thanksgiving, and the greatest day of them all Christmas became holidays for slaves and their descendants. In the process of their assimilation they were taught how to dress, eat and live a European lifestyle.

On the other hand, never do we hear the terms ethnicity or nationality associated when speaking about the so called Blacks in America.

Black is neither an ethnicity nor is it a nationality. Black is a color, it is an adjective. People, places and things are called nouns. We are a people. We are the so called Negroes which is a derivative of the Spanish word “Negra” which means black.

No matter how popular and respected openly Europeans may regard our stalwarts or greatest celebrities, athletes, scholars and artists, intelligent people and nations around the world everywhere can distinguish between the conscientious or awakened slaves and so called Blacks who are ignorant of this issue or fact concerning their identity.

The holidays and celebrations kept by their slaves is an indication of their conscientiousness. As long as we continue to observe European holidays and live and love their culture, while rejecting our own, we will remain ensnared as their slaves under mental slavery. This subject is one of the best kept secrets by White folks.

This compounded brainwashing of so called Negroes over many generations has produced a Negro population with “nationality identity amnesia”. Christianity has made so called Negroes a spiritually confused people. The masses of African Americans and so called West Indians are discombobulated about practically everything.  In many ways we are a “lost people”.  This remains the so called Negro problem.

So called Blacks have never properly investigated, read, researched or understood the Bible and more importantly the history within the Bible as a whole. If they would they would rediscover who they are and where they come from. Europeans are fully aware of this fact. In the Old Testament a history book, lies the truth concerning their true identity.

“Come and let us cut them off from being a nation that the name of Israel be no more.”  This idea or thought recorded in Psalm 83:2-5, speaks to an international conspiracy to destroy our identity.  Yes, it is in your Bible.

The story or history in the Old Testament is the original and only testimony of the Creator and His people Israel in the Bible. The glorious well known events of Moses going to Pharaoh who oppressed the Israelites in Egypt is universally known.

As a result, the Israelites then who are now called Negroes, Blacks, Afro- this or that depending upon the place of enslavement were freed from bondage.

You might recall on the night of their departure and the final plague of the Almighty “blood was placed on the door posts and lintels causing the angel of death not to enter the homes of the Israelites. It is known as Yahowah’s Passover.

In fact, recorded in the book of Leviticus Chapter 23 are all the Holy Day celebrations or observances of the so called Blacks who are the Israelites.

March 17/18th will be New Year’s Day for all descendants of former slaves via the Atlantic Slave Trade route. April 1st or 2nd begins the celebration of Passover, a Holy Day for all Israelites.

It is time we understand. It is time we know who we are. How long? How long, should African Israelites throughout the diaspora and in America in particular celebrate Valentine’s Day?  Do you know the facts behind the day?

Do you know that April Fool’s Day is about you the so called Negro? You are the “April Fool” because you don’t know that in the season of spring is your true Independence “Passover Day”.  Instead we are preparing to go to church on Easter Sunday.

How long? Prayerfully, no longer. Passover is the first national Holy Day on the Hebrew Calendar. It is a commandment to all African Hebrew Israelites.

The Ashanti in Ghana, The Ebo in Nigeria, the Xhosa, and Zulu in Africa, the Falasha in Ethiopia, and the Hebrews in Dimona who returned to the land of Israel from the United States of America, They all know this. Now you know.

Hebrew Israelites and Rastafarians worldwide are aware and know that we are the twelve tribes of Israel. Read and research. Some have limited knowledge and others know more. Nonetheless, the truth is spreading.

Be yourself, know yourself. Do not assimilate, acculturate, and do not amalgamate. Return to the Holy One of Israel.  Return to the Creator’s appointed days which are Holy Days not holidays. Celebrate your Holy Days! 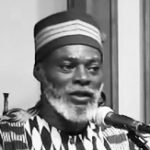 Cohane Michael Ben Levi has served the Israelite community in his capacity as a teaching Minister for over twenty five years. In 1978 he migrated to Guyana where he has established an Israelite community & erected the first Hebrew Israelite Cultural Center in the region. For over fifteen years he has provided information about Israelite history & culture through radio & television broadcasts in the Caribbean & South America. He has worked as a principal of the Israelite Institute in New York City and in Guyana and has taught secondary school in the Guyana Ministry of Education. He is also the founder of Levitical Communications, Inc. which is dedicated to the spread of Israelite history and culture among Africans in the diaspora.

Amar’e Stoudemire Is on a Religious Quest

Shalom brothers and Sisters,
The above tropic is completely true and wonderfully written, Praise ENYEH.
My comment is the heading of placing african infront of Hebrew Ysraylite when african was The name of an Italian general? African is nowhere written in our Holy Torah/Tanahk.
Shalom