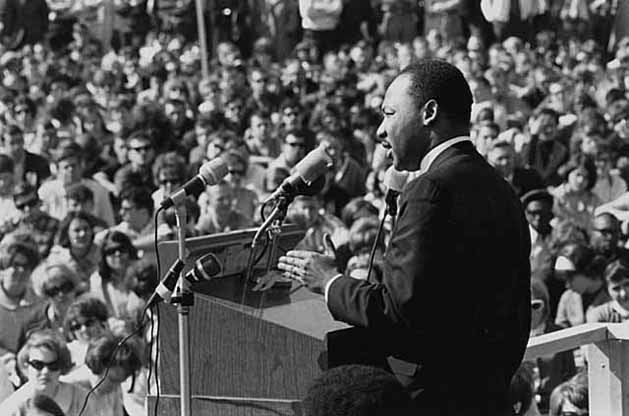 As Black History Month comes to an end, let us reflect on some of the wisdom shared by Martin Luther King, Jr.

On the one hand, we are called to play the Good Samaritan on life’s roadside, but that will be only an initial act. One day we must come to see that the whole Jericho Road must be transformed so that men and women will not be constantly beaten and robbed as they make their journey on life’s highway.

We have a moral responsibility to disobey unjust laws.

Human salvation lies in the hands of the creatively maladjusted.

There comes a time when silence is betrayal.

Injustice anywhere is a threat to justice everywhere. We are caught in an inescapable network of mutuality, tied in a single garment of destiny. Whatever affects one directly, affects all indirectly.” (Letter from the Birmingham Jail, April 16, 1963)

One other challenge that we face is simply that we must find an alternative to war and bloodshed. Anyone who feels, and there are still a lot of people who feel that way, that war can solve the social problems facing mankind is sleeping through a revolution. President Kennedy said on one occasion, “Mankind must put an end to war or war will put an end to mankind.” The world must hear this. I pray God that America will hear this before it is too late. … It is no longer a choice, my friends, between violence and nonviolence. It is either nonviolence or nonexistence, and the alternative to disarmament, the alternative to a greater suspension of nuclear tests, the alternative to strengthening the United Nations and thereby disarming the whole world may well be a civilization lunged into the abyss of annihilation…. This is why I felt the need of raising my voice against that war and working wherever I can to arouse the conscience of our nation….

“May our country, on the brink of war, take to heart the final refrain of ‘America the Beautiful,’ “America! America! God mend thine ev’ry flaw, confirm thy soul in self-control, thy liberty in law.”

“A nation that continues year after year to spend more money on military defense than on programs of social uplift is approaching spiritual death.”

On Eradicating Poverty and Racism 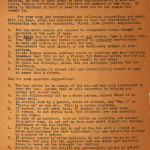 We are challenged to eradicate the last vestiges of racial injustice from our nation. … It is an unhappy truth that…spoken and unspoken, acknowledged and denied, subtle and sometimes not so subtle – the disease of racism permeates and poisons a whole body politic. And I can see nothing more urgent than for Americans to work passionately and unrelentingly to get rid of the disease of racism. … 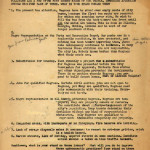 Click to read Dr. King’s demands for the betterment of the situation for Blacks in Montgomery.

We are challenged to develop a world perspective. No individual can live alone, no nation can live alone, and anyone who feels that he can live alone is sleeping through a revolution. The world in which we live is geographically one. The challenge that we face today is to make it one in terms of brotherhood. .. Through our scientific and technological genius, we have made of this world a neighborhood and yet…we have not had the ethical commitment to make it a brotherhood. But somehow, and in some way, we have got to do this. We must all learn to live together as brothers. Or we will all perish together as fools. We are tied together in the single garment of destiny, caught in an inescapable network of mutuality. And whatever affects one directly affects all indirectly.

“Violence as a way of achieving justice is both impractical and immoral. It is impractical because it is a descending spiral ending in destruction for all. The old law of an eye for an eye leaves everybody blind. It is immoral because it seeks to humiliate the opponent rather than win his understanding; it seeks to annihilate rather than to convert. Violence is immoral because it thrives on hatred rather than love. It destroys community and makes brotherhood impossible. It leaves society in monologue rather than dialogue. Violence ends by defeating itself. It creates bitterness in the survivors and brutality in the destroyers.

“The ultimate weakness of violence is that it is a descending spiral, begetting the very thing it seeks to destroy. Instead of diminishing evil, it multiplies it. Through violence you may murder the liar, but you cannot murder the lie, nor establish the truth. Through violence you murder the hater, but you do not murder hate. In fact, violence merely increases hate … Returning violence for violence multiplies violence, adding deeper darkness to a night already devoid of stars. Darkness cannot drive out darkness; only light can do that. Hate cannot drive out hate: Only love can do that.”

The Late Rabbi Caldwell Talks About Being “Faithfully Fit”

Caught at the Intersection of Race, Place, and Poverty