Wisdom of Our Fathers: Lessons from Joseph 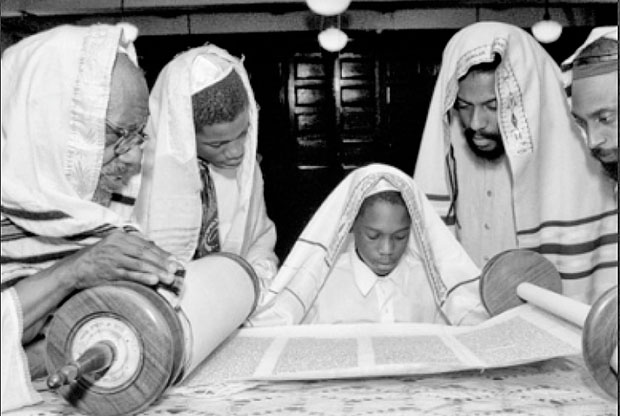 In the Torah we read a remarkable story about the transformation of a young man, Yosef son of Yaacob, who goes from being the most favored son of his father to being a prisoner in a land far away from his family and home. From there he rises in status becoming second in command to Pharaoh, ruler of all Mizraim. Joseph in effect attains the highest position in the most powerful regime in the known world. We often hear about people who go “from rags to riches” or those who began at some marginalized level going on to realize fame, fortune and success. Everyone enjoys an interesting Cinderella story and oftentimes the central figure becomes a kind of folk hero or role model that we want to raise up and emulate. They become the example. We figure that if we do what they do, or take on some of their personal attributes, we too can experience fulfillment and success. Business tycoons, real estate moguls, spiritual gurus, professional athletes, Hollywood celebrities and movie stars, have all been thrust before the masses as the quintessential models of success.

As Hebrew-Israelites, we understand and know oppression, marginalization and discrimination all too well. Not to espouse a victim mentality; it is just an acknowledgement of the reality of our existence. We continue to experience struggles and hardships of the worst kind, and they are endemic in our history dating way back to the days of the great patriarchs and matriarchs of our people. We have a contract with the Elohim, Yahuah, and therefore we have laws that were given at Mount Sinai that we are to revere and hold dear to our hearts. So, for us it’s not as simple as copying what someone else does to gain fame, fortune and success, neither can we emulate or idolize the way of the nations. Therefore our whole approach to achievement and success is quite contrary to that of our oppressors or those around us who do not live the way we do. What works for them, will not for the most part work for us. Like it or not, we are being held to a much higher standard of being.

We can go into any bookstore whether in the community or online and discover a plethora of people telling their stories of success. “How I made it!” is the general theme. They show us how they have set and reached their goals. What’s shocking is few give credit to The Most High for their abilities, talents and achievements. Have you noticed that? They take all the credit! One thing about the Israelites of long ago, way before becoming scattered in the diaspora, is that they always gave credit to Yah for their successes:

And Pharaoh said to Yosef, I have had a dream and there is no one who can interpret it and I have heard it said of you, that you can understand a dream to interpret it. And Yosef answered Pharaoh saying, it is not in me: Elohim will give Pharaoh an answer of shalom. Genesis 41:15-16.

The most powerful people among the Israelite clans in the days of old rarely neglected to turn to Yah during times of trouble or uncertainty and there was consistent acknowledgement of where they attained their increases and power. They saw themselves as tools for God. We see this throughout all of Old Testament Scriptures. They would constantly say it was all given to them by The Most High God, the God of Abraham, Isaac and Jacob. For them, acknowledgement, gratitude and praises to Yah held the highest priority.

Joseph was not willing to compromise his principles and beliefs under any circumstances; not even for all the glory, riches and fame in the world. Right from the beginning, we realize that Joseph was of a distinct mindset and attitude than those around him and because of this, he walked a completely different path than most. Potiphar’s wife attempted to seduce Joseph, even threatening him when he did not partake in the wickedness that she wanted him to do. His livelihood, dreams and goals were at stake. In an act of vengeance she lied to Potiphar and had Joseph thrown into prison, all because he stood on his principles of righteousness and for what he knew to be just. Through this event we see the integrity inherent in putting Yah first in all things we do, and we also understand that in doing this we will frequently find ourselves going against the status quo of the world. “Everything goes” is the motto. This means we will find ourselves in many situations where people will hate us on principle and may even attempt to sabotage our plans and achievements when we decide to make righteous choices. This tends to come with an ultimatum: you do/think/believe as I say you do/think/believe, or else! Joseph shows us that goodness comes to those who stand on principles of Torah and righteousness.

Our beloved forefather imparts his wisdom of prioritization, the core concept of goal-setting. Commonly referred to as strategic planning, prioritizing is a way of putting things in order from most to least important, and serves as a map directing us to our intended goal. With the Torah there is no wondering. It is the Israelite map and a straightforward instruction manual for living. Through Joseph, we discover many lessons useful for prioritizing, organizing, achieving, and most importantly setting goals in our lives for the well-being of ourselves and those who depend upon us most: our families.

Joseph’s Lessons for Us

One thing that we know is that Joseph was a dreamer and an interpreter of dreams. He had vision, drive and purpose, so much so that his own brothers despised him to the point of desiring to kill him. There is nothing wrong with having dreams, as they can often provide a glimpse into what the future may hold. Dreaming also gives us an opportunity to see our visions as if they have already happened beforehand:

So he said to them, Please hear this dream which I have dreamed: There we were, binding sheaves in the field, and, behold, my sheaf arose and also stood upright and indeed your sheaves stood all around and bowed down to my sheaf. And his brothers said to him, Will you be sovereign over us? Or, will you indeed have power over us? So their hatred continued for his dreams, and his words. Bereshith 37:7-8.

Chalam is the Hebrew word for dreaming, according to the Brown-Diver-Briggs Hebrew Lexicon. It is a verb, meaning to be lost in thought, to be in a trance, or to be preoccupied. An individual’s dreams can occur while awake or asleep. Dreams can also be prophetic, foretelling events as in the case of the prophets such as Isaiah and Daniel. Through the scientific lens, it has been suggested that dreams point to a latent kind of wish-fulfillment, a way of testing, organizing and living out our plans before they are realized. It has also been suggested that dreams play a role in memory, learning and problem-solving. These are just based on theory of course, as it has been difficult for scientists to objectively study the dreams of others, after the fact. It is quite possible that dreams play a role in all of the above. This appears to be more likely, especially when considered from a spiritual, Torah-based perspective. It is evident that The Most High bestowed this ability upon us and it is abundantly discussed again and again in the scriptures of our forefathers.

Prominent activist Eldridge Cleaver once said, “If you’re not a part of the solution, you are part of the problem.” Without a map, instructions or a vision we are hard-pressed to find our way. Without direction, we are lost. After interpreting Pharaoh’s dream, Joseph details a plan for preventing famine in the land:

Initially, Pharaoh asked Joseph to interpret his dream. He didn’t ask for a solution to the problem, but our wise forefather Joseph went the extra mile and provided a plan for Pharaoh, giving freely of his knowledge and assistance. Pharaoh was impressed with his wisdom more so than his interpretation skills and perceiving that Joseph would be an asset to the kingdom, offered him rulership over all the people of Mizraim. Joseph’s dreams had finally come to fruition:

Then Pharaoh said to Yosef, Because Elohim has shown you all this, there is no one as discerning and wise as you. You shall be over my beyth (house), and all my people shall be ruled according to your word, only in regard to the throne will I be greater than you. Bereshith 41:39-40.

Lesson #3: Think outside of the box. Do not hesitate to reach out to others and take initiative when the opportunity arises.

Often, it is through this action that we realize our strongest talents and skills. Had Joseph simply provided the interpretation as Pharaoh asked and nothing further, he wouldn’t have had the pleasure of beholding Joseph’s brilliance and wisdom. And, it is likely that Mizraim’s people would not have been spared the effects of the great famine.

Lesson #4: Stay grounded in the Israelite way and purpose.

Society bombards us with a lot of stuff out there; things can quickly become really murky and confusing. But we have the Most High Yah on our side and this we cannot forget, even in our everyday coming and going. With the Torah as our arsenal, we remember as Israelites that we walk on a different path and so do not move about the world as the rest of the nations do. In so doing, we set the standard which is our ultimate purpose and goal:

And YHWH has declared to you this day to be his treasured possession as he has promised you, and that you should guard all his commandments. And to elevate you above all nations which he has made, in praise, and in name, and in respect; and that you may be a set-apart people to YHWH Your Power, as he has spoken. Debarim 26:18-19.

Joseph certainly set the standard and example. Even though his brothers and Potipher’s wife had wickedness in their hearts and were set against him, Joseph was obedient to Yah and was greatly blessed. His trek to rulership was arduous and difficult, but he persevered exceedingly, always keeping his vision in focus. During those instances when it got rough for him, he sought the support and encouragement of The Most High. Even while he waited in prison he stayed faithful and dedicated, doing what was righteous and just. Life can sometimes deal us a difficult set of circumstances, setting up barriers in our pathway while on the way to achieving goals. However, Yah provides us with all that we need to stay the course, remain focused and realize our dreams.