Scripture
Vision of the Dry Bones: Ezekiel 37:1-28
The Book of Shemot (Exodus): Chapter 12
Deuteronomy 4
Home News & Politics Why McConnell is on the sidelines of a historically long government shutdown
News & Politics 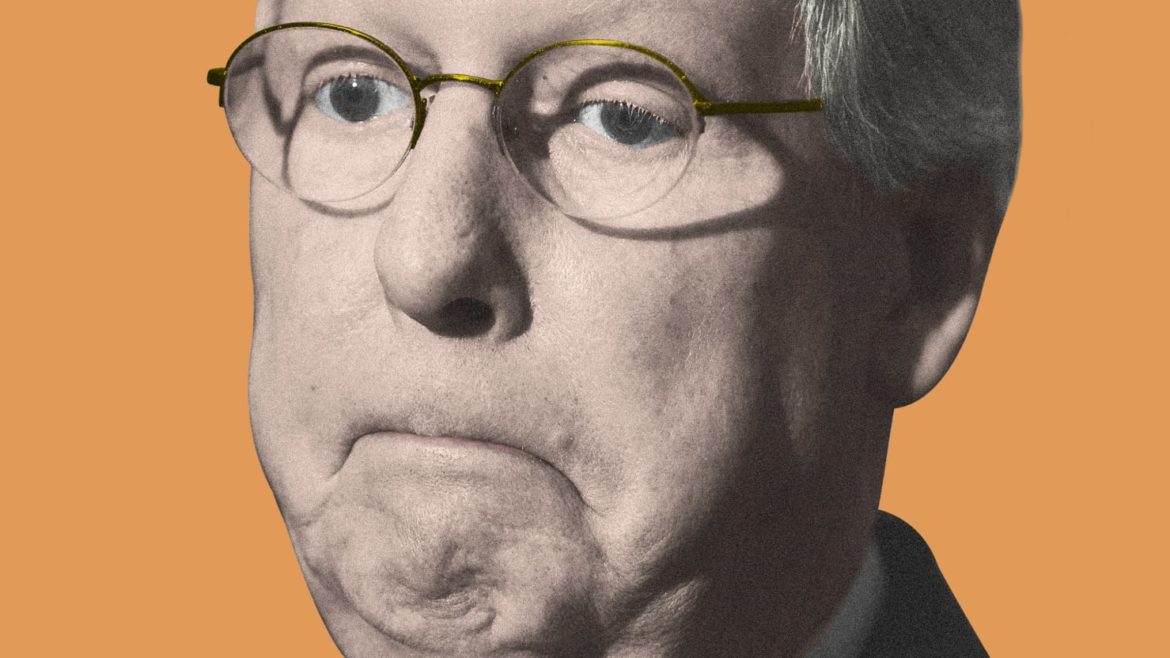 This weekend, the partial shutdown of the federal government became the longest such closure in recent American history. Hundreds of thousands of federal employees are furloughed or working without pay, and countless more federal contractors also remain off the job; while the former will likely receive back pay for their time spent out of work, the latter will not. The cost of these types of shutdowns is high. In 2013, for example, an Office of Management and Budget report stated that that year’s shutdown resulted in between $2 billion and $6 billion in lost output.

Not only is this shutdown historically long, it’s also unusual for another reason: the relative absence of Senate Majority Leader Mitch McConnell (R-Ky.) from the negotiations to end it. When we think about other major, recent high-profile legislative-executive standoffs, McConnell has been at the center of many of them. Both the deal to avoid defaulting on the federal debt in 2011 and the agreement to avoid going over the so-called “fiscal cliff” in 2012 were largely negotiated by McConnell and then-Vice President Joe Biden. The measure to re-open the government after the last lengthy shutdown, in October 2013, was described as “an agreement struck by Senate Majority Leader Harry M. Reid (D-Nev.) and…McConnell.”

This time around, however, McConnell has repeatedly said that any deal to end the shutdown must be worked out by congressional Democrats and the White House. Before Christmas, however, McConnell brought a measure to fund the government through February 8 to the Senate floor under the presumption that Trump would sign it. But less than 24 hours later, President Trump announced that he would not, in fact, sign the measure. Given that, as McConnell likes to say, “there’s no education in the second kick of a mule,” he may see little political value in bringing something to the floor that Trump opposes unless members of his own caucus start exerting more pressure on him to change his strategy. Because Republicans no longer enjoy unified party control of Washington, moreover, the ability to assign blame to Democrats for the shutdown—even if the actual bills the Democratically-controlled House has been passing to re-open the government would likely pass the Senate if they came to the floor—has increased.

Importantly, there’s a broader dynamic in American politics that helps explain why being so deferential to the president is a politically shrewd move for McConnell and many of his Senate GOP colleagues. As a wide range of political science research makes clear, the contemporary American political system revolves around the presidency—sometimes in surprising ways. In the context of the Senate, Frances Lee has shown that presidential involvement in a policy issue can incentivize members of both parties to act in more partisan ways. In the electoral arena, meanwhile, state and local outcomes are now highly connected to the president. As Daniel Hopkins documents, by 2014, the relationship between presidential and gubernatorial voting at the county level was so strong that the outcome of most governors’ races could be predicted well without incorporating any additional state-specific information. Even state legislative races, argues Steve Rogers, are heavily affected by voters’ assessments of the president.

This presidency-centric system also helps explain why the Democrats have little incentive to back down from their position opposing funding for a physical barrier on the southwestern border. The issue is so heavily identified with President Trump—and the president’s approval rating among Democrats is in the single-digits—that there is little-to-no political upside to compromising on the issue. It also sheds light on why the contemporary Congress struggles to enact legislation aimed at reigning in executive power. In the 1970s, Congress managed to do this repeatedly on a bipartisan basis, including with the National Emergencies Act, which gives President Trump the authority he may use to declare an emergency along the border. As the president has become a central polarizing figure in American politics, however, it has been more difficult to convince legislators to assert congressional power on institutional grounds. This has consequences not just for abstract separation of powers questions, but also for the policy problems Congress must face on a daily basis—including how to end the ongoing government shutdown.

By Molly E. Reynolds for the Brookings Institute.

Why do Jews keep tearing down Black leaders?