Scripture
Vision of the Dry Bones: Ezekiel 37:1-28
The Book of Shemot (Exodus): Chapter 12
Deuteronomy 4
Home News & Politics The Trump-Putin Summit: Where Does the U.S.-Russia Relationship Go from Here?
News & Politics

The Trump-Putin Summit: Where Does the U.S.-Russia Relationship Go from Here? 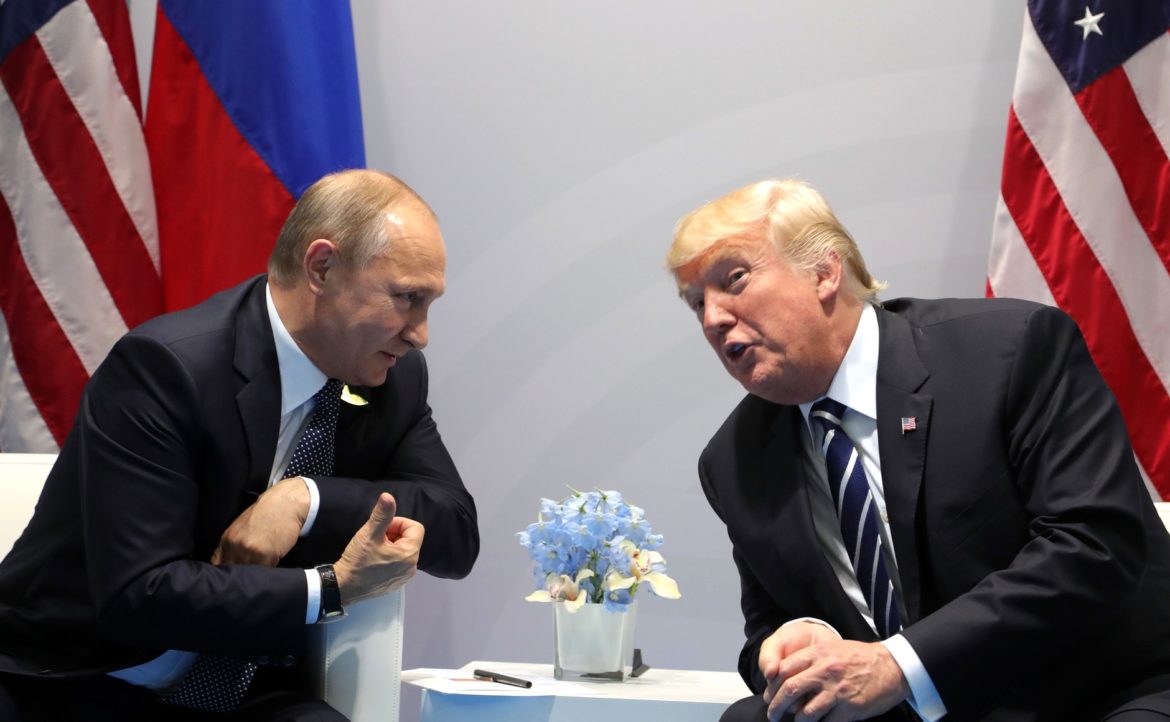 On July 16, President Trump met with President Putin in Helsinki. Coming in the wake of a turbulent NATO meeting and amid high stakes, the summit has garnered intense focus. There are deep divisions on key issues between the U.S. and Russia, including election interference, the wars in Ukraine and Syria, and arms control. Were agreements reached or was the summit short on substance?

In this Ground Truth Briefing, veteran observers and practitioners of U.S.-Russia policy offered a post-summit assessment and analysis.

“Russia is very pleased. President Putin must be very pleased, I think, by how things went. Certainly after the meeting of the two leaders, there were statements from the Russians essentially saying that Russia is back; Russia’s President and the U.S. President are deciding the fate of the world. One tweet by Aleksey Pushkov, a senator, noted that the heads of the leading powers of the planet are deciding the fate of the world, so Russia would certainly, I think, have to feel…that they are now considered one of the deciders in the world yet again.”

“Russia is trying to depict this as the end of the Cold War — a big turning point in the relationship. Here in the United States, I think, it is virtually impossible that that will happen because any steps that would move towards Russia could very well be stymied by this political furor which is not only Democrats but some Republicans as well.”

“Europe is, quite frankly, stunned at this point, not sure what is happening. NATO allies in the Baltic are probably quaking in their boots, not quite sure what is happening…This is a period of more destabilization and more chaos, and that will have ramifications going forward. More countries will question if the United States will be there for them.”

“One thing that’s come out of this that really bothers me, and Rand Paul has talked about this, is this false dichotomy between talking to the Russians and holding them accountable for election meddling. The President should have held Putin accountable (there is no doubt about that at all), but that doesn’t mean that we can’t speak to the Russians. There are important [things] that we need to talk about.”

“Maybe [President Trump] is not reading his briefs, but we’re pretty clear on why the Russians meddle in our elections and will continue to do so, because they always view us as meddling in their elections, and I don’t see that view changing. That’s a very deeply held view, and it’s unfortunate that they have that, but I think that’s going to guide their behavior going forward.”

“Each administration that comes in likes to think that a certain personality will fix this relationship. There are deep divides in the way the Russian leadership and the American leadership see the world, and I don’t see those changing anytime soon…So, we really don’t need any more resets. I think it’s better going forward that we have a very sober view and manage our expectations to enable us to get to the hard work of actually addressing issues of strategic stability.”

“I think it’s exactly right that we’re taking what’s an exceptionally difficult problem, one that is probably not solvable,… but we’re making it much, much worse by eliding this problem of why Russia hacks us [and] why Russia has a bone to pick with American democracy, with a problem of how you conduct relations with Russia…There’s always going to be a long list of issues that if we don’t manage those issues effectively in our interactions with those countries, we lose net-net much more than we gain. And, that’s the trap I feel, frankly, both parties are falling into now.”

“[Putin] talked in particular about discussions about Southern Syria. It sounded like there was maybe a proposal or even an agreement in the offing to somehow get Iranian forces out of the region that is in the Syrian part of the Golan Heights. Maybe even beyond that region, back them up from the Israeli and Lebanese border areas…Assad has effectively retaken 90 percent of Syria, and Putin underscored that fact. So, this is basically about recognizing the reality that Assad is in control, but, in exchange, trying to push the Iranians back from their furthest advanced position.”

“Any movement on Ukraine to try and tamp down the fighting there, to try and get the cease fire actually in place, would be a positive step, especially when you consider that we’re effectively in election season for Ukraine itself. There are going to be both Parliamentary and Presidential elections, lots of incentives for spoilers on both sides of that conflict, and people are still dying. So, that’s another area where [there is] business to be done by the United States and Russia…That was clearly discussed; a point that has largely been missed in the aftermath of the summit.”

The brutal Emmett Till murder case is being reopened. Here’s what we know