THE SYSTEMATIC CONCEPT OF RACE AND RECOGNIZING THE LAYERS 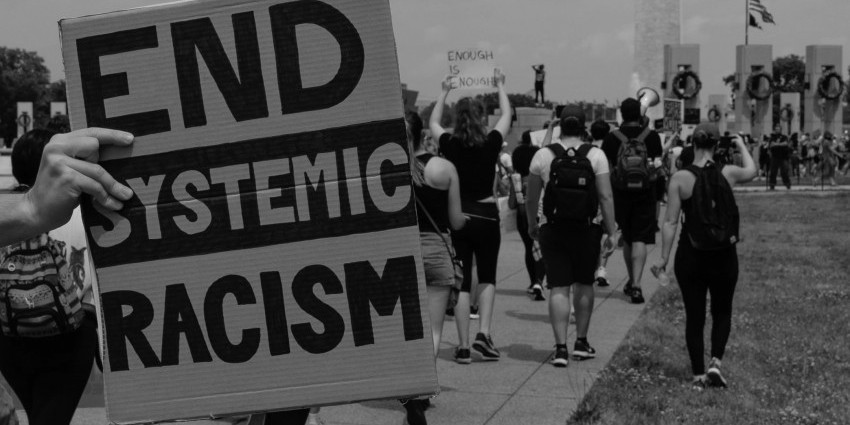 Not only the United States, but the world, has experienced protests based on yet another unjustified killing of an unarmed black person. Citizens from France, England, New Zealand, Canada, Germany, and Australia, to name a few, have all joined in calls to stop the systemic murder of people of color. While it is heartfelt to see people around the world standing in solidarity, questions still remain. What now? Even if the former officer is convicted in the murder of George Floyd, what then? Are the protests to stop because the world has finally obtained justice, based on one man’s killer being prosecuted? A murder conviction, if such a thing occurs, does not resolve the issue. There are too many layers.

These most recent acts, the killings and the responses to protests, have revealed that the behaviors exhibited are both systematic and systemic, calculated and coordinated yet also ingrained in those that are a part of that system. These acts are multifaceted and multilayered. These behaviors are implanted and deeply rooted in people like Derek Chauvin, but also in the subtle aspects of legislation enacted throughout America’s history. The goal of that legislation was to ensure that the racist roots that were planted will continue to bear like-minded fruit regardless of the hands that cause the last breath to be taken or the authoritarians that refuse to console and the legislators that decline to act.

These worldwide protest show that these systematic and systemic acts are not only an American issue, but a French issue, an issue in England, they are a global issue. Many protests taking place in other countries are being fueled by the racism and oppression felt by citizens of those countries. The large scale protest for George Floyd, only provided a world-wide stage to exhibit the oppressive acts of racism that need to be showcased.

As these events are unfolding, the killings, the protests, the clashes within the protests, the agitating and the responses by the authoritarians, those of us that are affected must take a close look to understand why this is taking place and what we can do to change it.

By cause and effect the killing occurs and people protest for justice. The first and most obvious of the systemic acts are that the individual, whether officer or overzealous citizen, shows a conscious or subconscious, lack of regard for life … black life … latino life … minority life. That lack of regard for black life was ingrained within them. These individuals are empowered, through privilege and subtly planted seeds to administer their own form of justice. This represents one layer; the subsequent steps increase in complexity.

Most protests are initiated when they come to know another senseless killing has taken place. The affected community again feels the pain of yet another killing. Protests are organized, rioting or looting may take place, and then protesting stops. In very few cases are the perpetrators of the killings charged and convicted, most times they are acquitted. The act is complete yet the wound never heals and the nasty scar remains.
However, these most recent protests took on a very different form, protesters were more vigilant, more organized and more determined to be heard. It was not just Mr. Floyd, it was Ms. Taylor, Mr. Arbery, Mr. Traoré, and so many others not deemed globally newsworthy.

Black protestors have long been accused of nullifying their message by improperly handling these types of social injustices. Organizers were intent to correct every indiscretion from past protests. These acts of civil disobedience and protests were going to be heard with an unfiltered voice so that these grievances could be redressed by their government. Still the interactions with police became more intense and protests turned increasingly violent. Still the government has not heard. Why? The next layer … the systematic approach.

Many of these protests featured caucasians marching alongside blacks, chanting “Black Lives Matter.” These protests also saw whites looting, breaking windows, and inciting blacks to join in the violence. Videos show white agitators looting while blacks spoke out against defacing what was previously a peaceful protest. Witnesses have indicated that as intense protests began to de-escalate, caucasian agitators began to ramp back up with louder chants causing protests to again grow hostile. More facets, more layers.

One agitator was a police officer that initiated the vandalism and then sought to leave the scene as the looting unfolded. Whites were seen handing out bricks to blacks to encourage vandalism and to further antagonize a people that already bore the burden of more than four hundred years of oppression and decades of killing with no subsequent justice.

The fact that black protests became more sophisticated now became a problem, which represented an additional challenge to this systematic approach. This new challenge was to be quelled by transforming a peaceful demonstration into a mob scene filled with looting. More facets more layers because the inherently racist system cannot be compromised.

Due to increased “threats,” more officers are needed, the National Guard is required. More overseers, more facets, more layers. Instead of understanding the emotions, the scars, the wounds associated with another killing by those sworn to protect, a hurtful time is met with threats of military presence to “dominate” protesters. Protesters who are citizens, taxpayers and consumers whose desire is to have their black lives matter just as other lives matter.

Some protests saw police officers kneel in solidarity with protestors. Another protest saw a black officer admonishing a white officer for over aggression with a black protestor while leaving white protestors unchallenged. Further protests featured whites who formed a wall to protect black protestors, a wall which officers did not dare attempt to penetrate. As a response, whites came armed to a “Black Lives Matter” protest … another systemic layer.

So why are a group of people, whose civil rights were guaranteed by eight civil rights acts before 1964 still treated as second class citizens? Why is it that the more educated blacks are, the more confidence that we exhibit, the more of a threat we become? Why does America refer to whites as Americans while referring to blacks as Afro/African Americans? Why are we all not Americans? Why does the colorful divide of black and white still exist? Why must I disclose a “race” on my application for a job, loan or mortgage? Should not my qualifications or finances speak for themselves? So many facets, so many layers.

We cannot expect to receive justice from this current establishment whose very foundation was built on the notion that blacks are the cornerstones of this nation. While cornerstones are essential to provide strength, support and stability they are always on the bottom.

The collective “we” must understand that this country, in its current state, is ill equipped and seemingly unwilling to provide comfort in a time of solace because the system of race has been engrained in the legislative system, in the policies and in the protocols. Consider how many legislators’ social media pages reflected a sense of concern for the Floyd family, the Arbery family, the Breonna Taylor family just to name a few. Then compare that number to those who tweeted vigorously when impeachment proceedings were ongoing.

So when you have a “leader” that can rise from the safety of his bunker, not to walk in the midst of his people as a beacon of hope to those who have been hurting, but to have security push pass peaceful protestors to take a photo op in front of a church, I reiterate that this country, in its current state, is ill equipped to provide comfort. Even in a time of healing.

Violence is not be the answer, looting and rioting provide no benefit. However, a young lady who spoke of violence and looting in relation to these protests accurately expressed “we learned it from you.” It has been the American way. Rioting and looting is how this country came to fruition. Stealing and killing is how it expanded and became a world power. Therefore, making America great again can only mean there will be more rioting and looting, more stealing and killing … more layers. That is the manifestation of the slogan subliminally activated into the roots this country has planted. As the systemically engrained killings continue, remember race was the basis of it.

The concept of race, in its core and inception, was meant to divide and conquer. I encourage us to analyze the events of today to understand the whys. This allows us to be better equipped to cope with the realisms that are engrained in this country and others. As the systematic basis of race has been used to oppress, we need a unified spiritual effort to relieve. An effort that must include steps to change legislators and the age old legislation whose essence breeds “privilege” and “oppression,” each being assigned to the respective race.

The spiritual effort comes in with compassion to understand the hurt, pain, wounds and scars that this country has systematically delivered to many of its citizens while simultaneously delivering the safety and comfort of privilege to others. The spiritual effort must come with understanding people are tired and fed up. This can be met with further aggression or with compassion. Even though both are options only one is viable.

by Zaccar Ben Dan for ZBD in affiliation with www.beforetheseshores.org. ALL RIGHTS RESERVED.

Who Are The Biblical Hebrews?