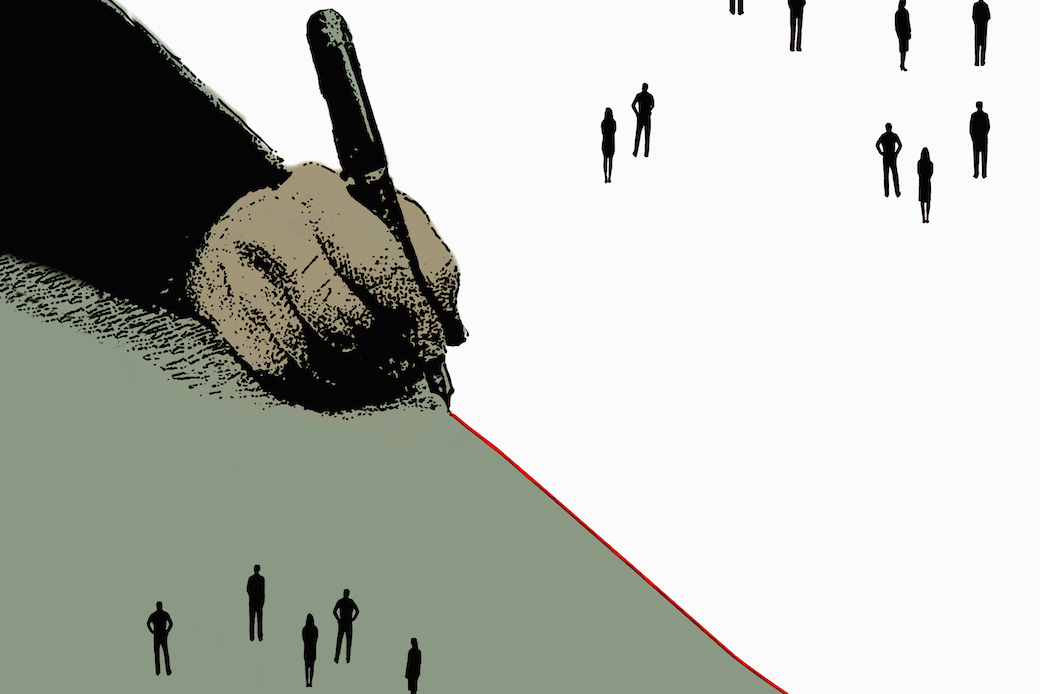 Wealth—the measure of an individual’s or family’s financial net worth—provides all sorts of opportunities for American families. Wealth makes it easier for people to seamlessly transition between jobs, move to new neighborhoods, and respond in emergency situations. It allows parents to pay for or help pay for their children’s education and enables workers to build economic sustainability in retirement. Importantly, it is the most complete measure of a family’s future economic well-being. After all, families rely on their wealth to pay their bills if their regular income disappears during an unemployment spell or after retiring, for instance.

Unfortunately, wealth in this country is unequally distributed by race—and particularly between white and black households. African American families have a fraction of the wealth of white families, leaving them more economically insecure and with far fewer opportunities for economic mobility. As this report documents, even after considering positive factors such as increased education levels, African Americans have less wealth than whites. Less wealth translates into fewer opportunities for upward mobility and is compounded by lower income levels and fewer chances to build wealth or pass accumulated wealth down to future generations.

Several key factors exacerbate this vicious cycle of wealth inequality. Black households, for example, have far less access to tax-advantaged forms of savings, due in part to a long history of employment discrimination and other discriminatory practices. A well-documented history of mortgage market discrimination means that blacks are significantly less likely to be homeowners than whites, which means they have less access to the savings and tax benefits that come with owning a home. Persistent labor market discrimination and segregation also force blacks into fewer and less advantageous employment opportunities than their white counterparts. Thus, African Americans have less access to stable jobs, good wages, and retirement benefits at work— all key drivers by which American families gain access to savings. Moreover, under the current tax code, families with higher incomes receive increased tax incentives associated with both housing and retirement savings. Because African Americans tend to have lower incomes, they inevitably receive fewer tax benefits—even if they are homeowners or have retirement savings accounts. The bottom line is that persistent housing and labor market discrimination and segregation worsen the damaging cycle of wealth inequality.

While this report focuses on wealth disparities between black and white households, it is important to note that Latino and certain Asian American and Pacific Islander (AAPI) household wealth falls far below their white counterparts’ as well. Indeed, Hispanic families have only slightly more wealth than black families. In 2016, the median wealth for black and Hispanic families was $17,600 and $20,700, respectively, compared with white families’ median wealth of $171,000. The disparity between white and AAPI wealth is often overlooked because, collectively, their average and median wealth is comparable to whites. There is, however, significant wealth inequality among AAPI households. This report offers solutions to address the distinct issues that exacerbate the black-white wealth gap.

African Americans own approximately one-tenth of the wealth of white Americans. In 2016, the median wealth for nonretired black households 25 years old and older was less than one-tenth that of similarly situated white households.
The black-white wealth gap has not recovered from the Great Recession. In 2007, immediately before the Great Recession, the median wealth of blacks was nearly 14 percent that of whites. Although black wealth increased at a faster rate than white wealth in 2016, blacks still owned less than 10 percent of whites’ wealth at the median.

Black households have fewer and are in greater need of personal savings than their white counterparts. For a variety of reasons, blacks are more likely to experience negative income shocks but are less likely to have access to emergency savings. As a consequence, blacks are more likely to fall behind on their bills and go into debt during times of emergency.
African Americans face systematic challenges in narrowing the wealth gap with whites. The wealth gap persists regardless of households’ education, marital status, age, or income. For instance, the median wealth for black households with a college degree equaled about 70 percent of the median wealth for white households without a college degree. The gap worsens as households grow older. In 2016, blacks between 50 and 65 years old and near retirement had only about 10 percent of the wealth of whites in the same age group. This is down from the approximately 24-percent gap in 1998, when the same groups of people were between 32 and 47 years old.

African Americans have fewer assets than whites and are less likely to be homeowners, to own their own business, and to have a retirement account. The most recent data available, from 2016, show that when blacks owned such assets, they were worth significantly less than assets owned by whites.
Black households have more costly debt. In 2016, blacks with debt typically owed $35,560—less than 40 percent of the $93,000 in debt owed by whites. However, because blacks owed larger amounts of high-interest debt—such as installment credit and student and car loans—the debt they typically owed was more expensive. For example, blacks carry larger credit card balances than whites.

The persistent racial wealth gap leaves African Americans in an economically precarious situation and creates a vicious cycle of economic struggle. The lack of sufficient wealth means blacks are less economically mobile and therefore unable to grow their wealth over time. Policy levers such as improved access to higher education alone, while important, will not be enough to create equal opportunity in terms of wealth-building for all. Only broad and persistent policy attention to wealth creation can address this glaring inequity.

By Angela Hanks, Danyelle Solomon, and Christian E. Weller for the Center for American Progress

Games Round Up: Black History