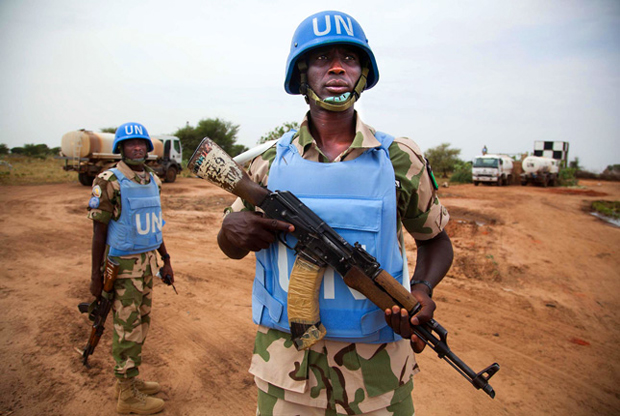 One in five African states produce hydrocarbons, and most of these are heavily dependent on oil and gas revenues to finance their governments and generate foreign exchange. Further, an emerging group of East African states are waiting on international oil companies to develop new oil and gas reserves. But Africa’s record using non-renewable oil and gas resources to trigger economic and social development is poor – and plummeting prices may portend more instability to come.

Poverty and income inequality have remained high in the largest and oldest petroleum producers on the continent. A 2008-09 household survey in Angola revealed income distribution among the most unequal in sub-Saharan Africa, with the top 10 percent of earners accounting for one third of total income and a poverty rate of 58 percent in rural areas. In the case of Nigeria, while income per capita has more than quadrupled since 1990, the proportion of people living in acute poverty has stayed stable at more than 60 percent.

2015 will present additional challenges to these and others African states hoping to begin extracting hydrocarbons in the near future. In early January 2014, crude oil averaged more than $100 a barrel; a year later it has fallen to $50. Gas prices typically lag behind those for oil, but follow the same trend. No one knows what the future holds, but there is an emerging consensus that prices will stay low at least through the next year.

After that, much depends on how much lower prices affect investment in the United States’ oil and gas “fracking” sectors; what OPEC does about supply; and, crucially, whether China finds a way to unlock its vast non-conventional oil and gas resources. If U.S. output proves highly sensitive to price and drops sharply, if OPEC cuts output, and if China – the world’s largest market – somehow solves its water supply issues, then low oil prices could be short lived. But absent these developments, low prices could be around for several years.

Low oil and gas prices could have several consequences for states dependent on oil and gas. The first are economic: a sharp decline in government income and foreign reserves alongside a reduced ability to borrow against future revenues.

How soon lower prices affect national budgets depends on factors like how much of past year’s revenues were saved and the specific terms of the oil contracts each government has with producers. Africa’s two largest oil producers, Nigeria and Angola, are in worse financial shape now than in 2009, when prices last dropped sharply.

In November, Nigeria’s central bank devalued the naira in an effort to protect foreign currency reserves. Compared to 2009, Nigeria has far thinner savings ($3 billion compared to $21 billion in the Excess Crude Account) and foreign exchange reserves (covering only 5-6 months imports compared to 16). Angola’s newsovereign wealth fund, launched in 2014 with an endowment of $5 billion, is equivalent to just one month’s import bill and will have little capacity to stave off the effects of reduced oil prices. A new lower national budget is already being prepared.

The austerity that falling revenues will induce in oil dependent states is likely to further weaken already-fragile social safety nets. A leading health provider in Angola focusing on HIV/AIDS, for example, has forecast that prevention spending will fall by half.

The pace of new investment in oil and gas will also slow as oil companies review the commercial feasibility of investments in a lower price environment. This is particularly likely to affect expensive offshore oil and gas drilling as well as onshore projects that require costly pipelines to deliver oil to ports, as in East Africa.

Political fallout from economic problems is likely to follow in some states. One possible scenario is that authoritarians will falter in the most established regimes as it becomes more difficult for them to hold off challengers through a mix of cushy jobs and repression. If currency devaluation makes imported basic foods more expensive, for example, and challenges from the privileged elite mix with popular protests in large cities, then countries such as Angola, Chad, and Gabon could face their equivalent of the Arab Spring.

In already-unstable states, such as South Sudan or Nigeria, the end to the oil bonanza will reduce the financial prize that oilfields or stolen oil represent and could reduce the resources available for weapons and ammunition. For South Sudan, where the arrangement to export oil through Sudan at a fixed fee of $25 a barrel exacerbates the impact of falling oil prices, this could help take some of the heat out of the on-going civil war. In Nigeria, however, while lower prices could reduce incentives for large-scale oil thefts, they may also reduce funds available for security forces, exacerbating the government’s problems with Boko Haram.

In East Africa, where oil development is still in the nascent stages, there’s potential for positive repercussions. Since the discovery of large offshore gas fields and the arrival of international oil companies in Mozambique and Tanzania, much political debate has centered on laws and policies governing how the new industry will be controlled; what benefits in terms of revenues, jobs, and business opportunities will go to citizens; and how the prospective revenues will be used. In the meantime, local investorshave focused on opportunities to profit. The fall in prices will likely slow decisions by companies on when and how to develop these resources until they have a better sense of the long-term returns from their multi-billion dollar investments.

In Tanzania, a mix of unrealizable public expectations for rapid benefits from gas plus distrust between companies, government, and citizens will likely lead to fevered debate in this year’s elections. But by creating a broad recognition that oil and gas are an unstable basis for the economy and creating the space for more attention to be paid to other sectors, falling prices could actually be productive. It also affords more time for resolution of the complex issues around how future hydrocarbon wealth will be used.

For international organizations active in Africa’s non-petro states, falling prices may be beneficial as resources previously used for oil imports become available for development spending. But expectations for those states that depend on exports of oil and gas should be for increased instability and political risk alongside new demands from governments and civil society for financial support and assistance in delivering basic services.

Jill Shankleman is a consultant on social and political risk to multinational companies and banks. She has been a scholar at the Wilson Center and a senior social and environmental specialist at the World Bank. She writes extensively on the oil industry and is the author of Oil, Profits, and Peace.

The U.S. and Cuba: The Way Forward

Five lessons of the Paris attacks