Election 2012: A Call to Move Forward 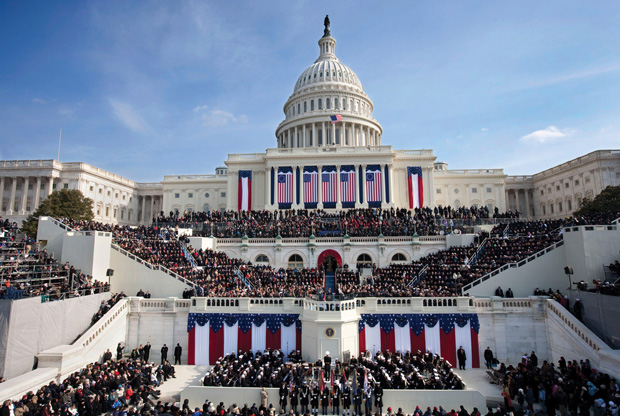 The 2012 campaign was monumental in a variety of ways. We witnessed the re-election of the 1st African American President, Barack Obama, despite national economic challenges such as unemployment and affordable housing. These issues were cited as a potential “Achilles heel” for the campaign.  The 2012 election provided an historic change to the “look” of the 113th US Congress.  In the US Senate, 20 women were elected to serve, which set a new precedent.  Since 1922, when the first woman was elected to the Senate, there have been a total of 44 women to serve in the Senate. The US Senate also for the first time in its history has 2 African Americans serving at the same time.  It’s also important to note that the total number of African Americans to serve in the Senate since 1870 (circa the Reconstruction Era) is 7 and of those only 1 has been an African American woman.   Latin Americans also saw historic gains, as a total of 31 members were elected to Congress, which too, set a new precedent.  Asian/Pacific Islanders also had gains this election cycle; a total of 6 new members were elected to Congress.  And in the Lesbian Gay Bisexual Transgender (LGBT) community, a total of 7 members now serve in Congress.

Voter turnout wasn’t as high for the 2012 Presidential Election as compared to 2008 (in 2008-62.3% and 2012-57.5%).  However, the vote of historically marginalized communities (people of color, women, LGBT, and youth) were as critical as they were in the 2008 elections. In addition the winning of key swing states, such as Iowa and Wisconsin played a role as well.

The demand for national policy reform on top campaign issues such as (education, taxes, economy, foreign policy, health care, voting rights) helped to chart the respective campaign courses throughout the election season. Controversial and contentious conversations about the 99% or in Governor Romney’s case, the 47% also provided not only fodder for political talking heads, but also became community pinnacles or dialogues in order to engage voters.

The presidential debates also played a key role in the elections.  There were several “pendulum moments” where at times it appeared as if President Obama was being too compromising with Governor Romney. The poll numbers after the first presidential debate made it appear as if President Obama was losing part of his base.  Subsequently, the discussions centered on the perceived ambiguity (or some called it contradiction) of the Governor and stronger rebuttals from President Obama. According to some political analysts this caused a voter shift towards the President during the final debates.

Some believe that the outcome of the 2012 elections was a mandate, a resounding call to keep the country moving forward. However, the question becomes how does this happen? With democracy, there involves a certain level of negotiations between the three levels of government (Executive, Legislative, and Judicial) this triage identifies, creates, and implements policies that are apart of our daily governance. At the center of this system is, “we the people.”  Many challenges persist both foreign and domestic and how will those in elected office uphold the mandate to serve the diverse needs of the public?  How will the 99% prevail in the next four years?

Voting has always been an important tool in participatory democracy and one cannot ignore the past and present attempts to lessen the strength of this tool for certain communities.  If we examine the annals of history, real change came about through the consistent and persistent calls to action from those most affected by policies along with allies.  The importance of this methodology or approach cannot be understated.  In fact it is imperative that as agendas are set at the national, state, local, and as equally important, the international levels, those communities, to paraphrase former U.S. Congresswoman Shirley Chisholm, “don’t make progress by standing on the sidelines whimpering and complaining.”  The urgency of implementing change now becomes the responsibility of all in our society.

We must not only make the call but answer it in order to move the nation forward. 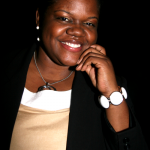 Councilwoman Lea Webb is an award-winning activist, working to bridge the gap between local and state government to bring about positive change in her community.  Her greatest achievement includes being the first-and-youngest African American representative on the Binghamton City Council. She was recognized as one of tomorrow’s leaders by Oprah magazine and the White House Project, and was honored with the President’s Award by the Broome-Tioga NAACP for her significant contributions to her community.

The Late Rabbi Caldwell Talks About Being “Faithfully Fit”