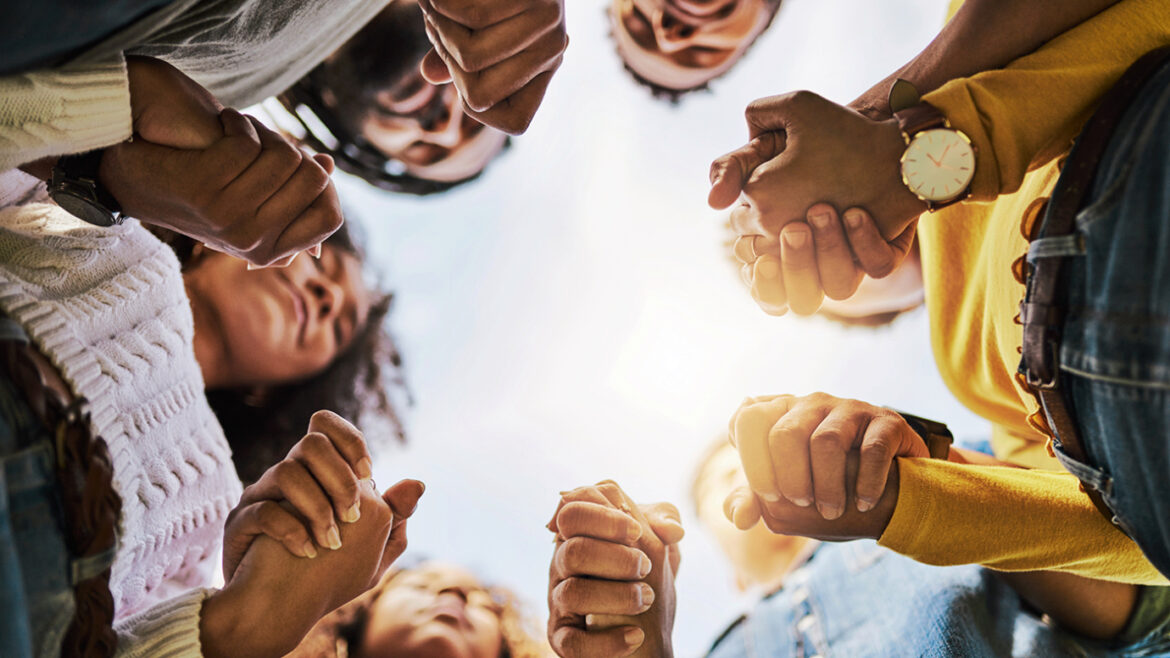 Religion has long figured prominently in the lives of Black Americans. When segregation was the law of the land, Black churches – and later, mosques – served as important spaces for racial solidarity and civic activity, and faith more broadly was a source of hope and inspiration. 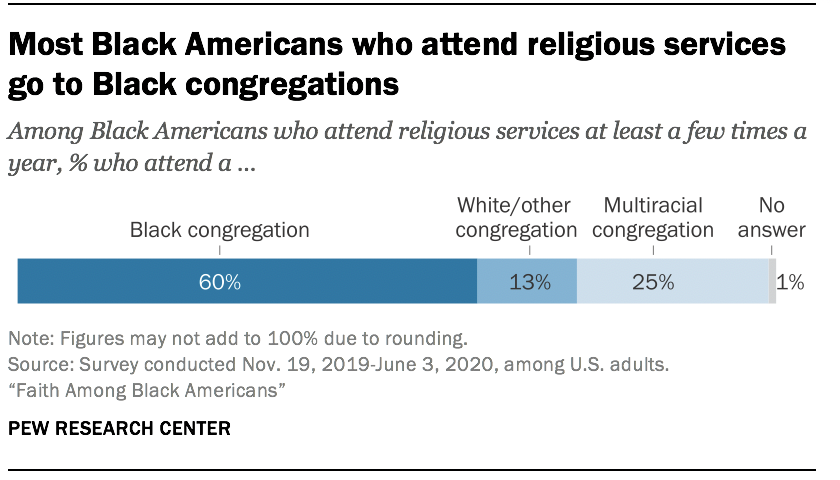 Today, most Black adults say they rely on prayer to help make major decisions, and view opposing racism as essential to their religious faith. Also, predominantly Black places of worship continue to have a considerable presence in the lives of Black Americans: Fully 60% of Black adults who go to religious services – whether every week or just a few times a year – say they attend religious services at places where most or all of the other attendees, as well as the senior clergy, are also Black, according to a major new Pew Research Center survey. Far fewer attend houses of worship with multiracial congregations or clergy (25%) or congregations that are predominantly White or another race or ethnicity, such as Hispanic or Asian (13%). 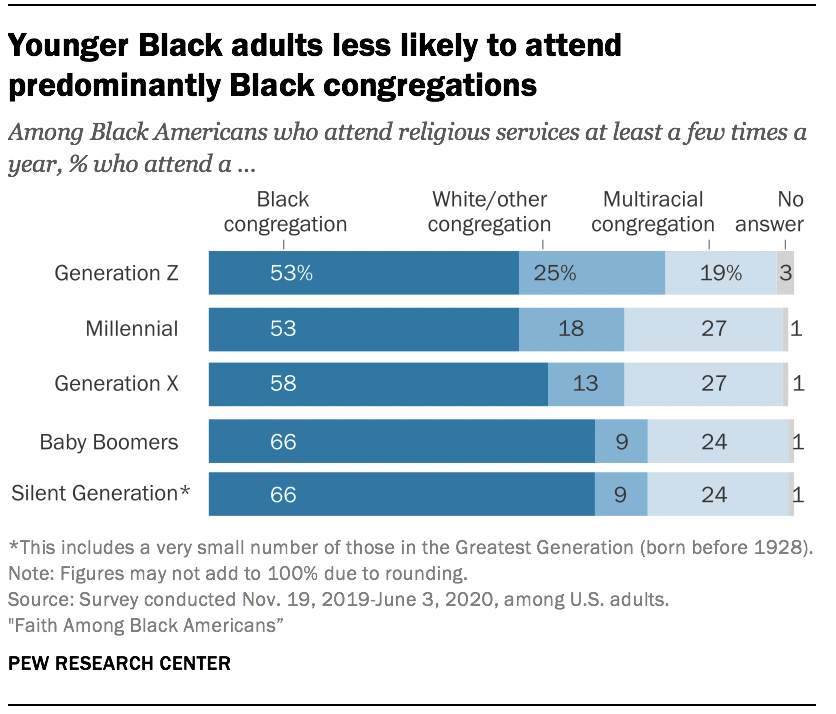 For example, roughly half of Black Gen Zers (born after 1996) who go to a church or other house of worship say their congregation and clergy are mostly Black, compared with two-thirds of Black Baby Boomers and members of the Silent Generation who say this.

Protestantism has long dominated the Black American religious landscape, and still does. The survey shows that two-thirds of Black Americans (66%) are Protestant, 6% are Catholic and 3% identify with other Christian faiths – mostly Jehovah’s Witnesses. Another 3% belong to non-Christian faiths, the most common of which is Islam.1 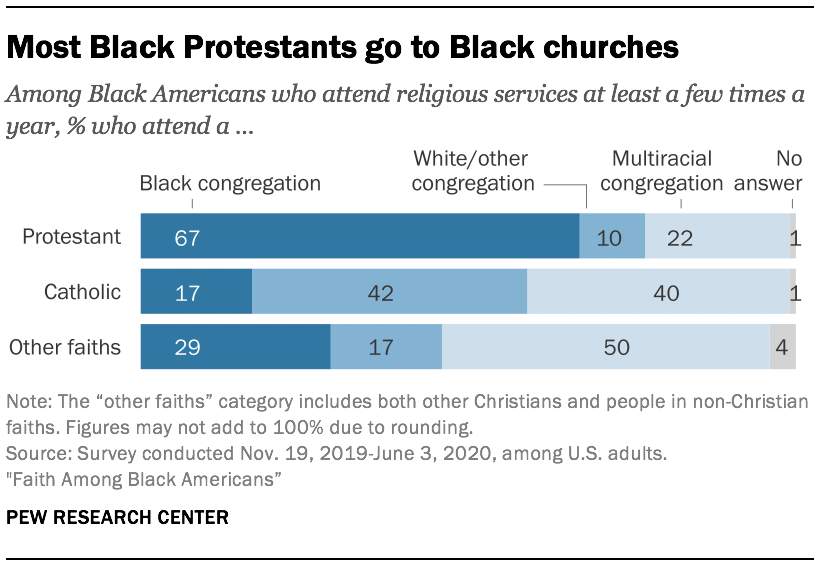 But about one-in-five Black Americans (21%) are not affiliated with any religion and instead identify as atheist, agnostic or “nothing in particular,” and this phenomenon is increasing by generation: Roughly three-in-ten Black Gen Zers (28%) and Millennials (33%) in the survey are religiously unaffiliated, compared with just 11% of Baby Boomers and 5% of those in the Silent Generation.

Beating Back the Far Right Globally